Should Happiness Be Taught in NYC Public Schools? This parent says, “yes!” 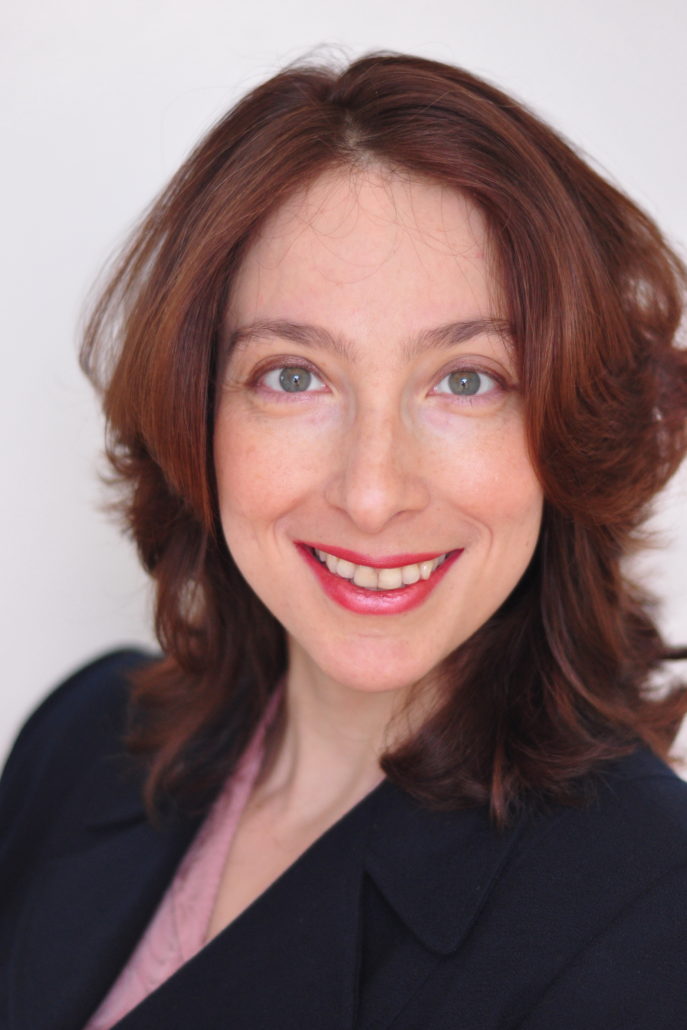 “What is happiness? How important is it in life? What makes us happy?” These are the questions author and Hebrew Language Academy (HLA) parent, Olga Gilburd believes parents and schools should think seriously about, in order to cultivate successful and well-rounded students.

“We teach children how to multiply and divide but we don’t teach them how to cope with life,” Gilburd said. “As children, they grow up to become teenagers who can’t always deal with issues, then they become adults who are not happy. We all have one life to live so why not teach them to be happy.”

Gilburd’s journey into researching the “skill of happiness” began when she became a parent and realized she did not always have the right words or strategies to help her daughters cope when they were unhappy or had to deal with a negative situation. Searching for a solution, she decided to enroll them in class, but even in a city as diverse and eclectic as New York, she soon found that would be a challenge.

“We are in New York City –  this major metropolis  – there are dance classes, cooking classes, classes for horseback riding, juggling and everything else you can think of and yet there is nothing for happiness or learning how to have a positive attitude!” she remarked.

Gilburd said her research to find classes for happiness pointed her to countries like Europe and Australia where schools have a formal “happiness” curriculum. In the UK, for example, some elementary schools offer a mindfulness course where students practice meditation, breathing techniques and exercises that help relax the part of the brain that is responsible for concentration. This is part of a bigger “positive education” model that strengthens resilience and helps children lead healthier psychological lives.

“Children should learn these skills –  how to be happy, how to foster positive attitude and self-esteem, kindness, gratitude, and appreciation of life,” Gilburd said. “Most parents that I speak with are more interested in academics and, for them, it is more important than happiness. For me, academics is important but not as important.”

Soon Gilburd began studying and researching positive psychology – a scientific study on happiness and fulfillment that became popular in the late 1990’s, with the work of psychologist and author, Martin Seligman.

Armed with all the information from her research, Gilburd was curious to see if a happiness curriculum could be implemented in New York City public schools. Through a network of friends, she made a connection at the Department of Education and approached them to discuss the possibility of bringing a happiness curriculum to the classrooms. It proved to be as challenging as her earlier attempts to find a happiness class for her daughters.

“It turned out to be a really complicated system,” Gilburd said. “Everything depends on money and budget and time. Here (DOE), the ultimate goal is that all the kids pass tests. So there are no additional resources, teachers, time or rooms to dedicate to happiness – especially since it is fuzzy.”

“They were asking, ‘happiness? What is happiness exactly? And how is this going to help us take the tests?’” she added with a laugh. “But I think it’s a missed opportunity because every kid goes through school. So since it was not possible, I decided to put it in a book.”

Her book, “Happiness the Jewish Way”, is what she considers a practical guide to happiness. And while she uses a Jewish context based on her background, she insists the skills and strategies outlined in the book are universal. In it, she delves into the definition of happiness, which she found was an abstract concept to most people.

“A lot of people are waiting for this euphoric moment but sometimes happiness is much quieter,” Gilburd explained. “It is not something high up in the clouds. It is when you are content with life, self, the people around you, and you have a feeling of peacefulness. That is happiness. Exciting emotions are great, but the foundation of happiness is contentment.”

“Most importantly I want people to understand that happiness is a skill that can be taught and developed with practice,” Gilburd added. “We become wiser as we get older, but we don’t get happier just by virtue of growing up.”

In her book, she explores in great detail topics such as, how to put happiness into practice, how to get in touch with the inner self and how to bounce back from a negative experience – something she knows how to do all too well.

In 2013, after a routine check-up, Gilburd was diagnosed with breast cancer. She still remembers the horror she felt when she received the news.

“I was mortified. I was in denial, I was shocked, scared, angry. I experienced the entire spectrum of emotions one can feel after receiving such news. I went through a really tough time and a whole year of treatments on the road to recovery.”

Gilburd recalls that the hardest part of being diagnosed with breast cancer was having to break the news to her family and to her children who were very young at the time. However, counterintuitive as it may seem, she said living through this traumatic experience caused her to focus on how to be happy even more.

For Gilburd, her pain made her even more aware of her happiness.

“It’s like salt – by itself, it is unpleasant to taste,” she explained. “But when added to the other ingredients in the meal, the flavors come alive. I felt the grief and the despair and by itself, it was terrible. But it made me feel deep gratitude for my family. I was surrounded by so much love and support that I decided to focus on love and family. It made me realize that deep within – in the core of my being – happiness existed and I was a happy person despite this tragedy.”

After her recovery, she was even more determined to continue her study and write a book. In fact, she gave up 16 years of her nursing career to pursue this dream.

“If you spend your time and energy towards anything, you want to make sure it means something,” Gilburd said. “Life is not unlimited, so I want to do something that is meaningful, something I am passionate about.”

The opportunity came when she heard about an organization offering a grant to individuals with innovative ideas to improve the Russian Jewish immigrant community. A native of the former USSR, this was something she cared deeply about so she submitted her book idea, applied for the grant and won. She then spent the next nine months researching and writing her book.

Since then, she has conducted happiness workshops for children and adults at various community centers, teaching them the skill and art of happiness. She has made presentations at local libraries, engaging students in positive self-esteem exercises and, she has given a happiness talk at Eli Talks – a talk show series similar to Ted Talks but with a Jewish twist. 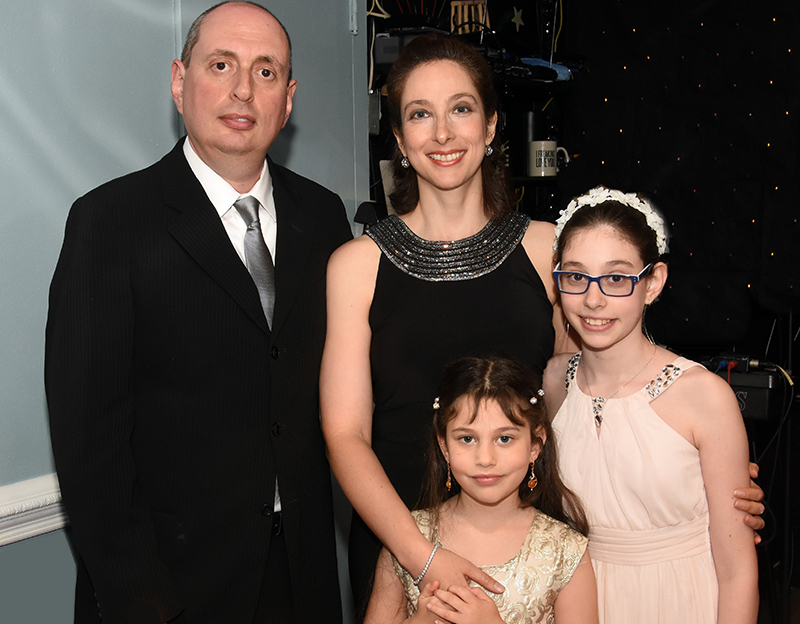 Gilburd with her husband and daughters Rachel and Rebecca

But perhaps the most rewarding experience for Gilburd is seeing the change in her daughters – Rebecca, 8 and Rachel, 12 – as they grow and practice these happiness techniques.

“With kids, some things are too abstract for them. It takes months, even years for them to get it –  but it works,” Gilburd said. “Start by giving them a new vocabulary and teaching them how to reframe their thoughts. I started it for the sake of my kids and then I see my husband reacting differently. I even see changes in myself, I react differently and I became a lot calmer.”

Moreover, in light of the increase in news reports of incidents of school bullying and consequent student self-harm, much study and research has emerged to show the benefits of social-emotional learning in schools. Studies show that teaching non-cognitive skills such as perseverance and self-control contribute greatly to student learning and that there is a direct correlation between happiness and student achievement. One such study, conducted by Pennsylvania University professor, Alejandro Adler on 8000 students in a Himalayan town called Bhutan, concluded that implementing a happiness curriculum “substantially and significantly increased students’ performance on standardized tests”.

Additionally, Project Happiness, a non-profit organization that specializes in creating emotional resilience-building programs in schools across the US, states some of the benefits of happiness programs in schools include: greater productivity, higher test scores, and healthier students who ultimately find greater meaning and purpose in life.

Perhaps a bright spot in teaching happiness in public school in the US can be found in charter schools – public schools that are independently run and have the autonomy to design more specialized curriculums. Furthermore, as charter schools aim to bring a more innovative approach to public education, many recognize the benefits of social-emotional learning and are incorporating it into their education model.

Jon Rosenberg, president and CEO of Hebrew Public – the charter management organization that manages Hebrew Language Academy – agrees that it is for these very reasons the school integrates social-emotional learning and global citizenship into their curriculum. As part of the school’s model, much emphasis is placed on developing socio-emotional skills such as empathy and emotional intelligence, through the curriculum and various extra-curricular activities.

“Hebrew Public schools focus on the whole child. We pride ourselves on building a warm, nurturing environment for our children that fosters positive emotional development,” Rosenberg said. “We don’t train them for specific professions, we give them a well-rounded education with a curriculum that incorporates social-emotional learning, community and service learning so that they have the tools to become confident and successful people – in any field they choose.”

In fact, Gilburd said she chose HLA for her daughters because she was very excited about how the school develops students beyond the curriculum. She noted that her older daughter, Rachel’s 99 percent score had earned her a spot in a gifted and talented school, but after touring HLA she gave up the seat. Rachel is now a HLA graduate. Her youngest daughter Rebecca is now in 3rd grade.

“I love that the school develops well-rounded kids – kids that are being given something beyond just math, ELA and science,” Gilburd said. “They learn a new language, they have music and chess. The diversity teaches them to appreciate difference and make connections with friends that are of a different culture. It opens their worldview. All these different elements cultivate happiness.”

Still, Gilburd believes a formal happiness curriculum is what’s missing from NYC public schools and hopes the day will come when this will be formalized.

“Schools would be so much better if happiness was a part of the curriculum. Make it a 12 part course, teach it to them once a week on topics like self-esteem, positive attitude and gratitude – it will stick. Happiness is a skill that is made up of other little skills that children can learn. Eventually, it will become a habit. Then it becomes second nature.”