In honor of Black History Month, our Hebrew Language Academy scholars put together different art displays and projects, paying tribute to prominent African Americans who have made major contributions to American History. 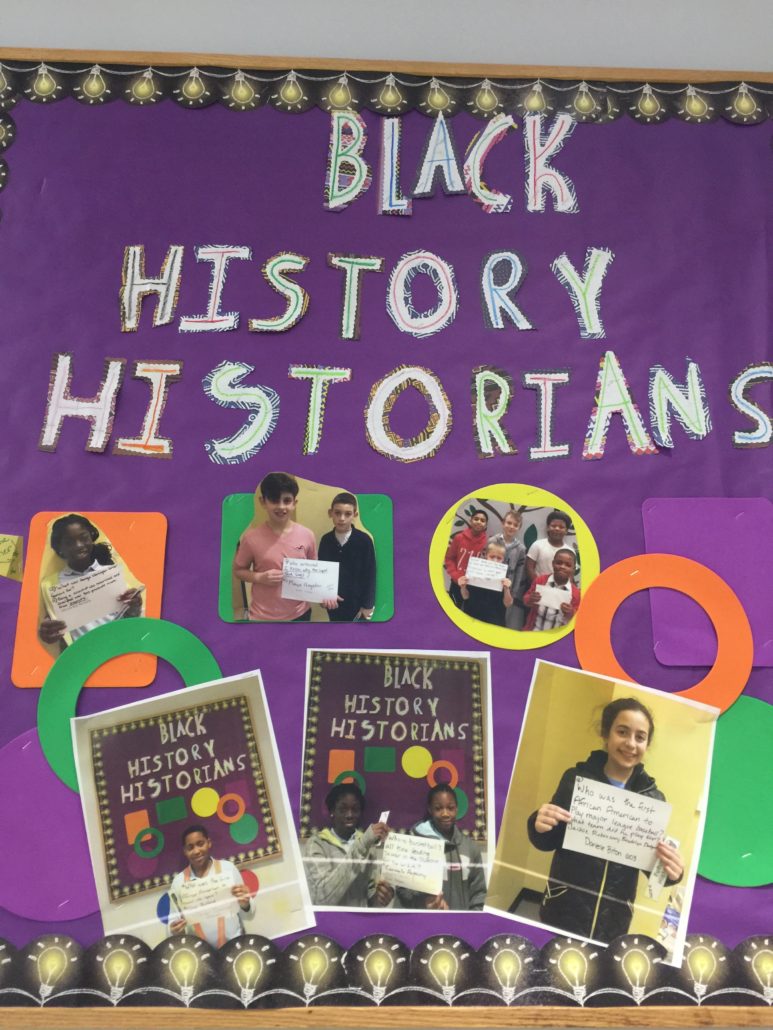 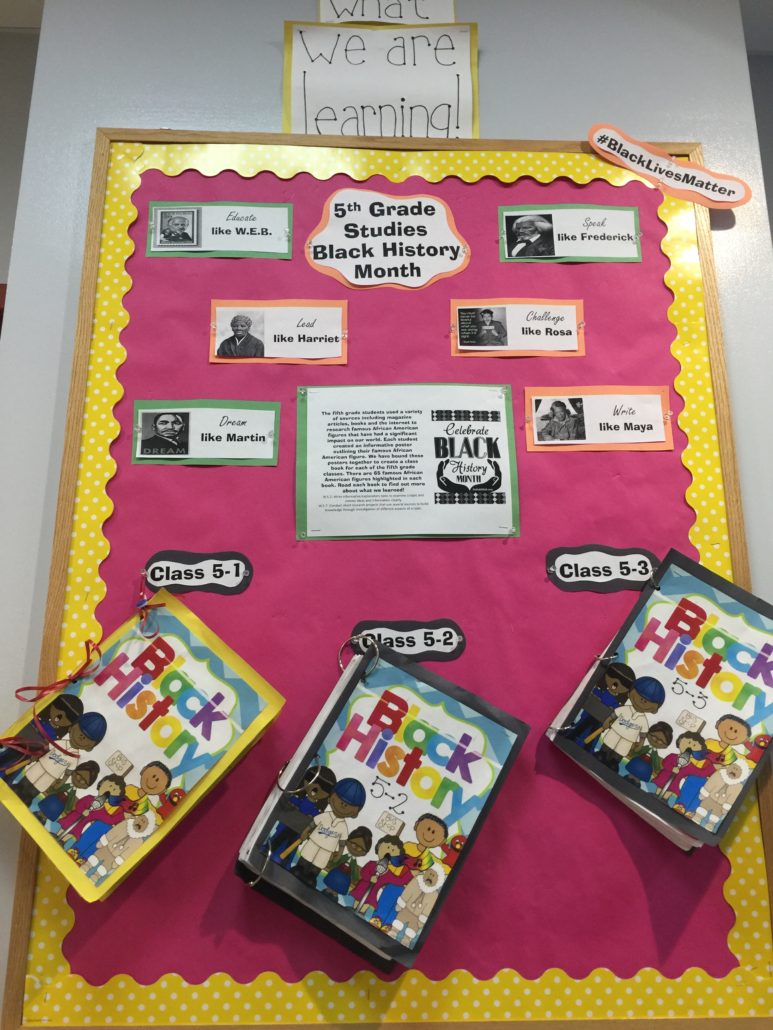 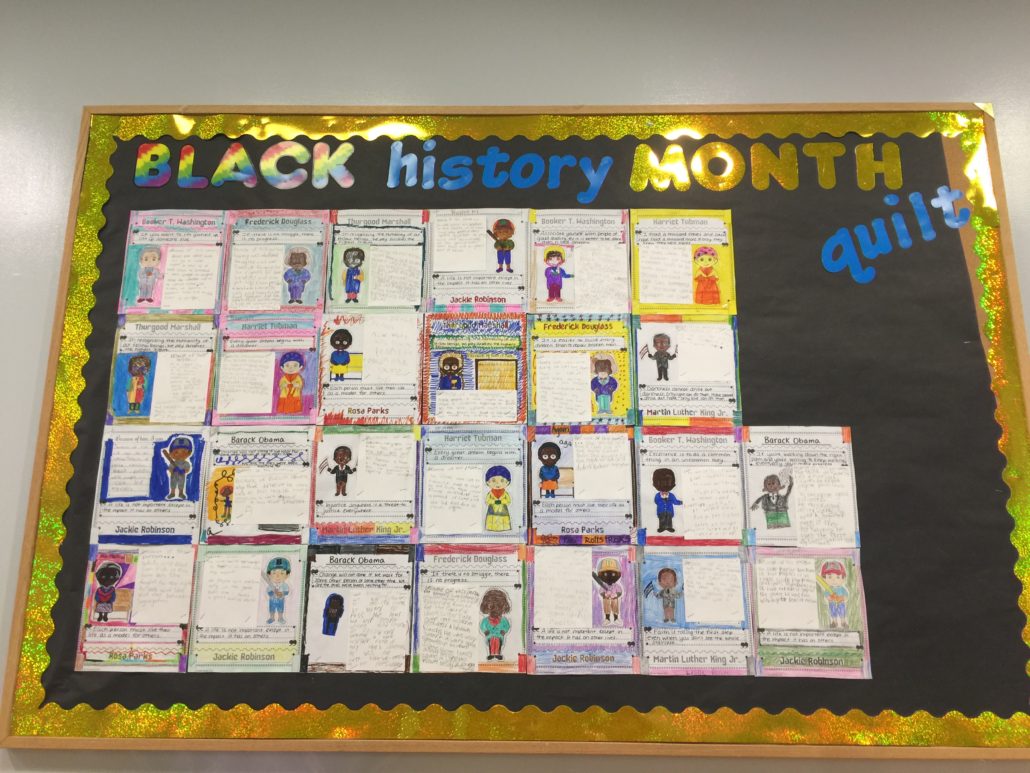 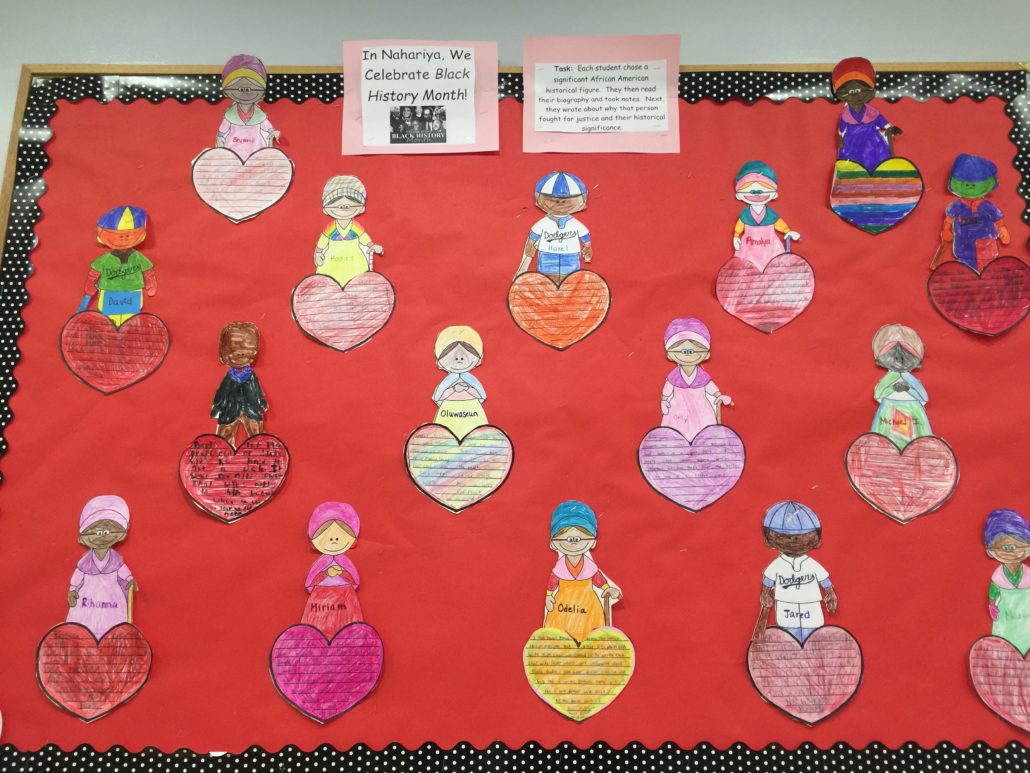 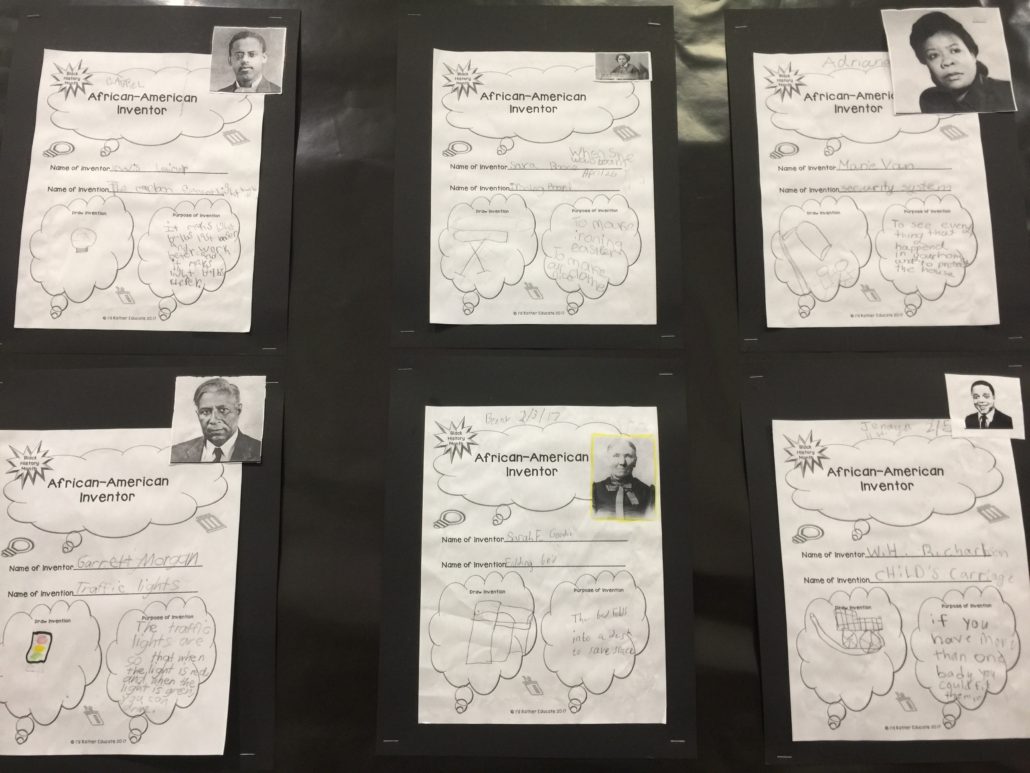 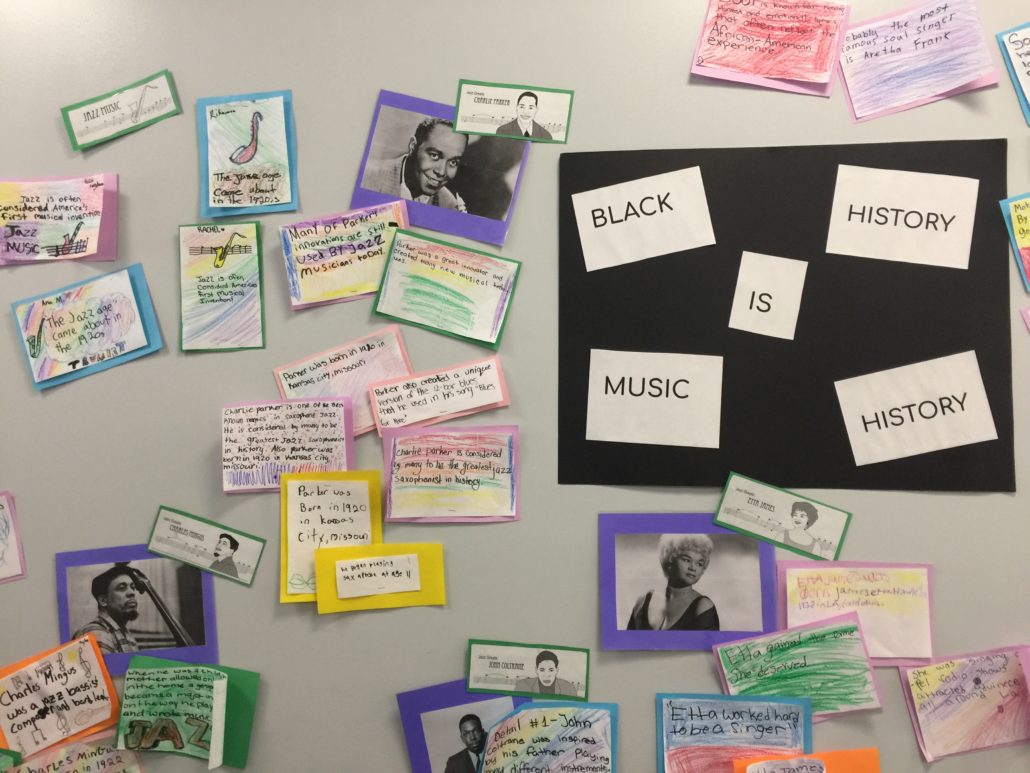 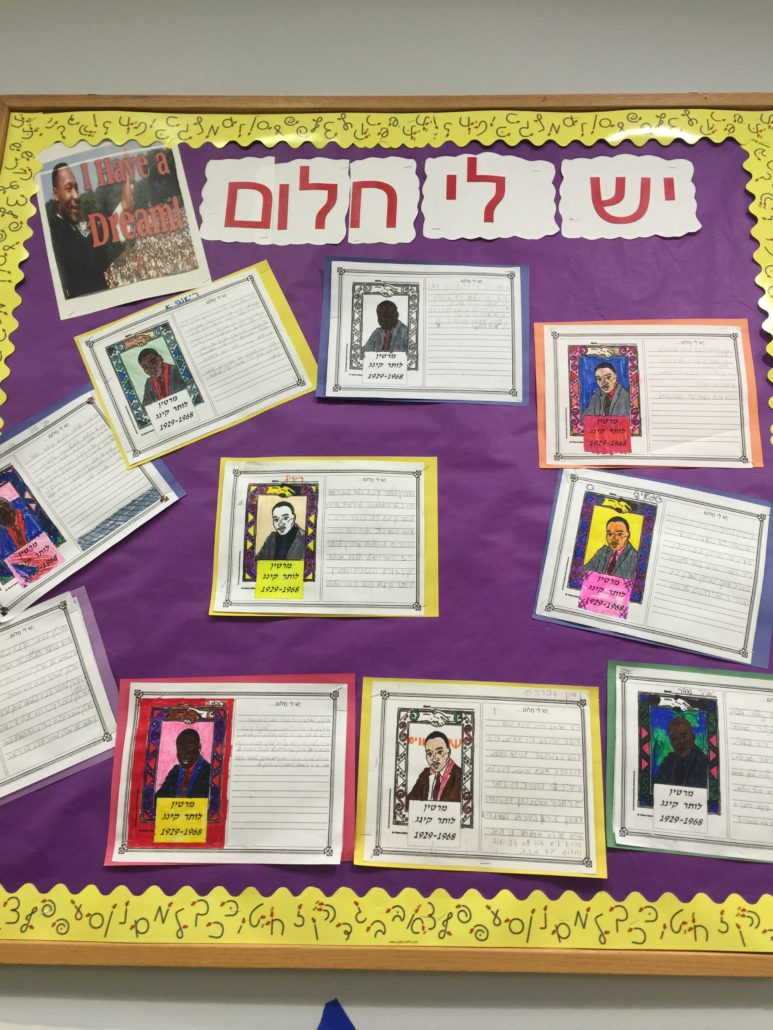 Dr King, I have a dream, In Hebrew! 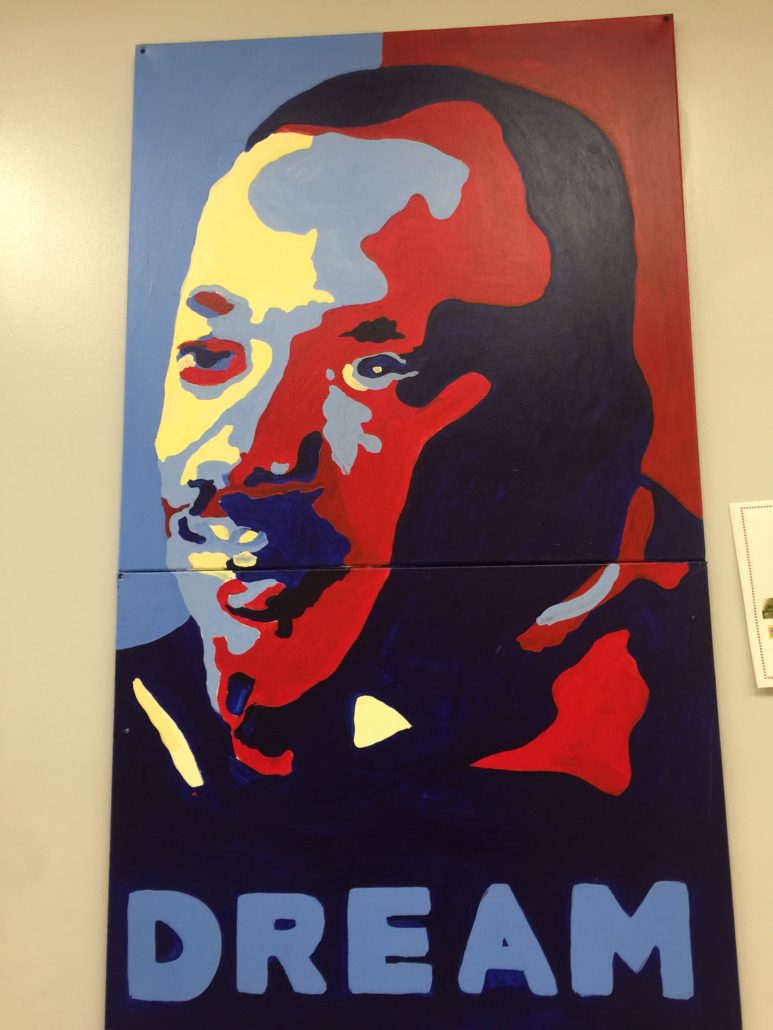 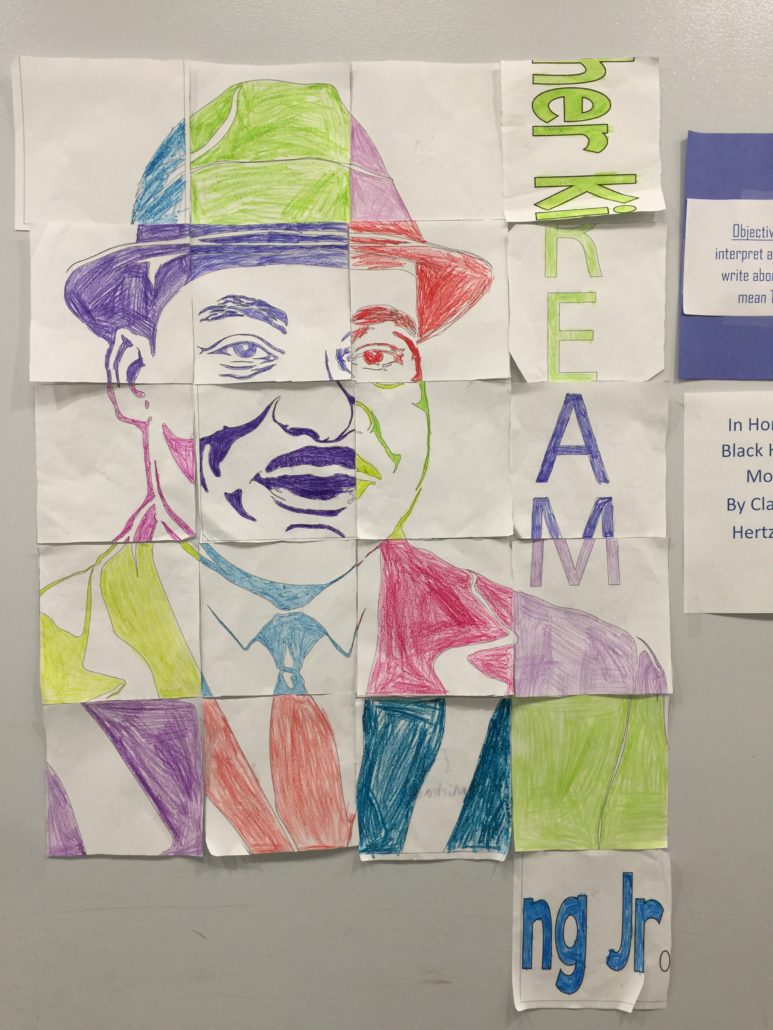 “It is easier to build strong children than to repair broken men.” These are the words famously spoken by abolitionist and social reformer, Frederick Douglass, abolitionist and social reformer. The scholars learned this quote and many others including that of former President Barack Obama who said “Change does not come if we wait for some other person or some other time.” They then made a black history month quilt highlighting famous words from various well renowned African American leaders.

Of course, no black history celebration is complete without a tribute to Rosa Parks and Martin Luther King, Jr. Through a beautiful painting and a large drawing students recreated Dr. King’s portrait as a tribute to his “I have a dream” speech. And, in keeping with their study of Hebrew language, a display on Dr. King’s dream speech was written entirely in Hebrew!

In a school as diverse as HLA, learning about racial identities and histories of fellow Americans help to foster tolerance and empathy across cultural and racial lines. The students enjoyed working on these projects while learning about the significance of Black History Month and how African Americans have helped shape American history.

We hope you enjoy the slide show and feel free to share!