Have you ever had grilled zucchini for breakfast? Well, that’s what the Capstone students ate, along with plentiful salads, many kinds of cheese, pastries, hot chocolate, and more. They are a curious group and have deepened their friendship with their own classmates and with people from the other school. 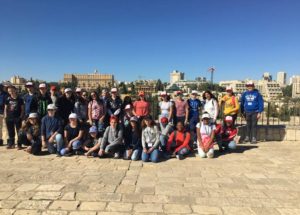 Today, the students were preparing to soak in the Shabbat (Sabbath) atmosphere in Jerusalem tonight, when buses will stop, shops and restaurants will close, and people will spend time with family. They learned about the three religions for whom Jerusalem is holy for and learned a little about the modern city of Jerusalem. They started near a very young wall, a little over 400 years old.

Then, they walked on the old city’s ramparts across half of the old city where they stopped to learn about the spice road and Jerusalem’s central point in a bygone era of globalization, a time when wheat from Europe and spices from the East were traded in what was then the center of the world.

The students also learned about the religious significance to Jews and Muslims of the Temple Mount as they stopped at a model of the site at the Davidson Center, just to the side of the Western Wall. 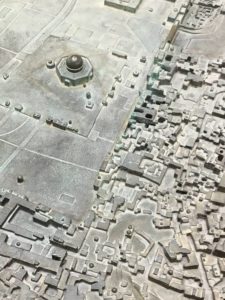 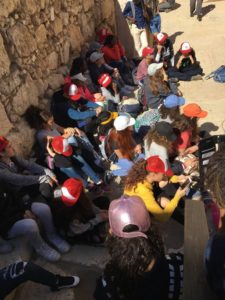 From there, they went to lunch and bought souvenirs in the Jewish Quarter. Tomorrow, they will go to the Church of the Holy Sepulchre and have a walking tour of more of Jerusalem.

The students’ daily reflections are showing great maturity. Some students have shared that they have learned to challenge themselves through hiking. Others who have been to Israel or traveled elsewhere with family have written that it is different to be with friends and be more responsible for themselves than when they are with their parents. Finally, the students expressed that the trip has shown them another side of Israel, a side that they did not know from school or home or from previous visits. 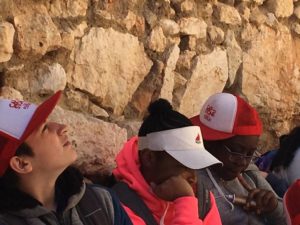