It’s here! The day that our 8th-grade students have the opportunity to experience traveling in Israel for 8 days!!! While at the airport, they expressed their eagerness to float in the Dead Sea, ride camels, taste Israeli food, and completely immerse themselves in Israel’s culture! 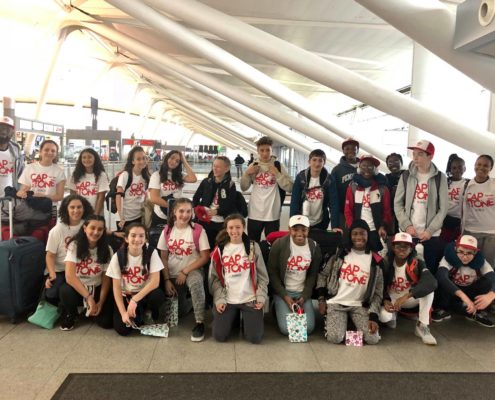 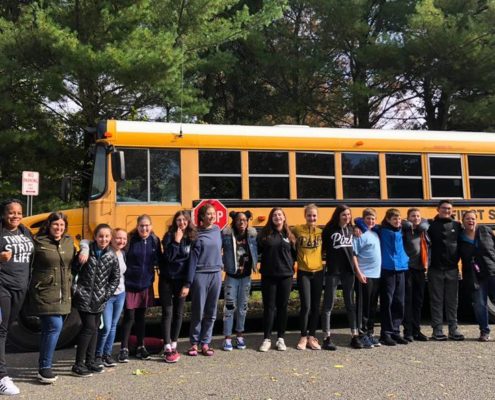 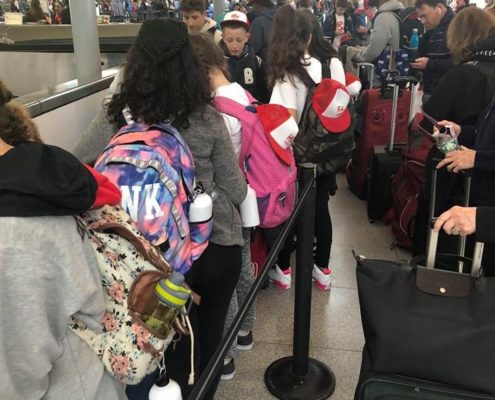 We’re pleased to say that our global citizens made it to Israel. After a delay at the check-in line (especially for the Hatikvah students) who arrived when the queue had gotten quite long, they made their way to the gate and boarded the plane. They all sat together and watched movie after movie, while others slept.

Just after noon today, they made their way through passport control and emerged into a bustling arrivals lounge, greeted by their Israeli partners, Beni Levin, their social guide, Assaf, Hebrew Public’s Valerie Khaytina, and some very happy relatives.  They were also accompanied 24/7 by Joachim, a trained security guard, who moved to Israel from Argentina with his family twelve years ago and just got out of the Israeli Army. They ate some sandwiches and loaded the bus that they will be using all week.

Soon after, they drove North to a Daliat HaCarmel –a Druze village near Haifa where they picked olives. The olive harvest is coming to an end so they were lucky to participate in this central Middle Eastern annual ritual.  After so many hours on the plane followed by a bus ride, it was good fun for them to shake the branches and scramble after the olives as they fell. 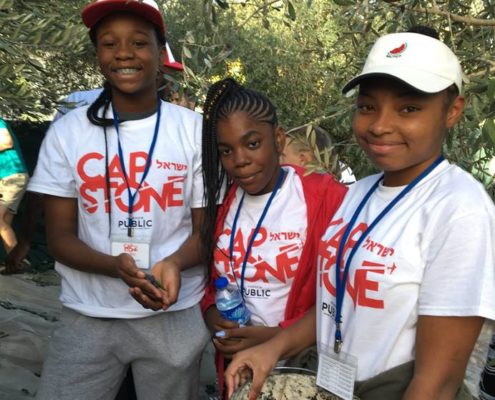 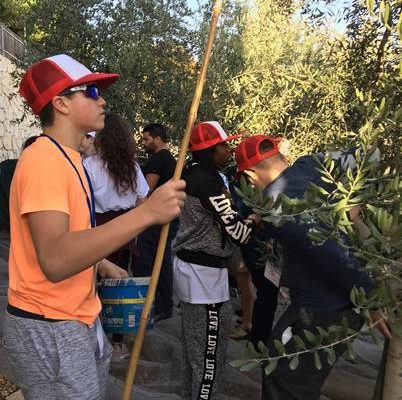 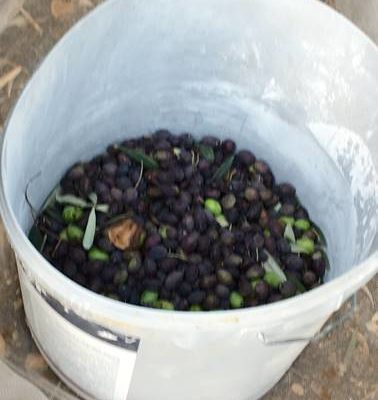 The students learned that the trees were brought to ancient Israel by the Romans over 2,000 years ago. After the harvest, they had a special meal while they learned more about Druze history and religion in the North of Israel. The abundant food was delicious. They are looking forward to learning about Israel’s municipal elections tomorrow and getting outdoors for an adventure hike and some scenic views!